We are JavaScript lovers with a zeal to engross ourselves in full-stack technologies and pass the same to our customers in the form of well-crafted posts, news and updates.
Home > Javascript > 5 Top JavaScript Mobile Frameworks To Stay Ahead Of Your Time

5 Top JavaScript Mobile Frameworks To Stay Ahead Of Your Time 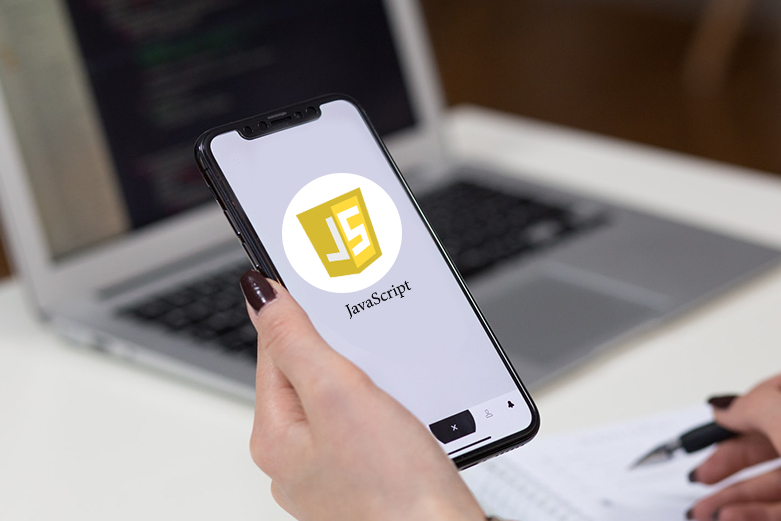 JavaScript is unquestionably the most used programming language worldwide. Expansively used by 97.5% of mobile apps, it is also viewed as the duct tape of the internet.

Holding a dynamic collection of top mobile frameworks, this programming beast results in the most unbeatable full-stack development and mobile app development for businesses today. Most probably this is why a lot of startups are sloped towards it.

Experts believe that an ideal mobile framework is one with best hybrid/cross-platform functionality, security, compatibility, user experience, agility, and response as a key-focused technology.

Since JavaScript’s extensive range of mobile frameworks comprises all these qualities and is employed by more than half of the internet, the recent report by Statista anticipating worldwide mobile app revenue to reach $935 billion by 2023 seems quite believable.

However, it might confuse you to choose the proper JS mobile framework for your business due to so many options. Our developers at JSpanther, brain-stormed, combined their widen knowledge, discussed their hands-on experience with each other, and then researched out the top 5 JavaScript mobile frameworks for you to use & keep your business ahead of its time.

Released on October 20, 2010, AngularJS is an open-source mobile & web application framework founded by Mr Misiko Hevery. The framework is also the one & only which is officially backed by Google, making it a primary working tool of angular.js development companies across the globe.

Why is Angular.js suitable for mobile app development?

Due to its MVC architecture, it is highly influential in assisting, developing and testing apps with MVVM & MVC architectures. Every business today inclines to hire Angular.js developers to build dynamic SPAs that don’t reload the entire page’s content, instead update a small section of it. Angular’s plug n play components, native-like experience for hybrid mobile apps, and directives are some of the strong points that make it one of the top-grossing mobile frameworks of 2021 for modern mobile app development.

What makes Angular.js unique from other mobile frameworks?

Mr Evan You is the person who founded Vue.js 7 years ago, in February 2014, as an open-source model-view-view-model front-end JavaScript framework. This creation has seen a sudden surge in the market because of its smooth & easy learning curve.

Why is Vue.js suitable for mobile app development?

Vue.js is primarily used to develop single-page apps and attractive user interfaces. It uses HTML based template syntax and throws compelling & efficient performance due to its lightweight script.
Almost every development company today hire Vue.js developers, not only because Vue builds great web interfaces, but it also helps in intuitive mobile app development with tools such as electron framework, Vue-native, capacitor framework.

What makes Vue.js unique from other mobile frameworks?

Maintained by Facebook and a community of individual developers & companies, React.js is the prince of modern world single-page applications. When Mr Jordan Walke (full-time software engineer at Facebook) released it on May 29 2013, the framework took the software industry by storm with its ‘Learn once, write anywhere’ concept.

Why is React.js suitable for mobile app development?

React’s broad community support, friendly user interface, cost-effective approach, and optimal performance earns it a reputable spot among top JavaScript mobile frameworks. When you hire React.js developers for your team or a project, they will develop relatively faster because of the framework’s ability to utilize the application on both the client-side and server-side. However, the overall deployment & production of mobile apps is magical with it. Facebook & Instagram mobile apps are enough to understand React’s potential.

What makes React.js unique from other mobile frameworks?

Node.js is a cross-platform runtime environment built on V8, a high-performance open-source JavaScript engine. Introduced on May 27, 2009, by Mr Ryan Dahl, the framework outshines multiple other frameworks with its exceptionally faster performance in multi-user real-time data solutions. No wonder a lot of startups lean toward it.

Why is Node.js suitable for mobile app development?

Node.js’s peerless performance, non-blocking I/O paradigm, and soft learning curve are some of the eldest reasons for companies to hire node.js developers and strengthen their bandwagon of services. It makes your team capable of developing nearly every sort of application viz Real-time, Streaming, Messaging, Social Media, Multiplayer, or Collaboration. Besides, Node.js’s ability to scale with the time, feature-packed libraries, and faster time to market win it an edge over its rival frameworks.

What makes Node.js unique from other mobile frameworks?

JQuery, a free & open-source JavaScript framework designed to simplify HTML DOM tree traversal, is used by 73% of the 10M most popular websites worldwide. Founded by Mr John Resig on 26th Aug 2006, this framework is known for building interactive iOS & Android applications with its “Write Less, Do More” agenda.

Why is JQuery suitable for mobile app development?

Reading the stats above might have given you the idea that JQuery is one of the most used JavaScript frameworks. Formed on JQuery core, its lightweight, simple API and robust theming framework make it compatible with present-day platforms, such as iOS, Android, and some of the earlier used ones like Nokia Symbian & Opera Mini. JQuery’s HTML based UI system allows it to design single good quality websites and applications that can function seamlessly irrespective of platforms & devices.

What makes JQuery unique from other mobile frameworks?

Besides these 5 top JavaScript mobile frameworks, the market is flooded with hundreds of others remaining.

Therefore, choosing the proper JS framework for your business should never be only about the number of exciting features it can provide.

One should consider other essential factors as well, such as development time, availability of resources, infrastructural setup and operating system, which are much more required to succeed among this high-paced generation.

We hope we have covered enough information to help you decide which JavaScript mobile framework is suitable for your project or business.

Still, if there’s any confusion left, feel free to contact our team of experienced business managers and receive absolutely free consultation to start the ignition of your next mobile app project.

Full Stack Development – one of the most searched keywords on the web today. Do you know how it came into existence? Randy Schmidt, the managing director of the Burns & McDonnell Terminals and Pipelines group used the term first time on June 3, 2008. They used it to describe their team of web developers […]