We are JavaScript lovers with a zeal to engross ourselves in full-stack technologies and pass the same to our customers in the form of well-crafted posts, news and updates.
Home > Node.js > Node.JS Guide: List of The Best Tools for 2020 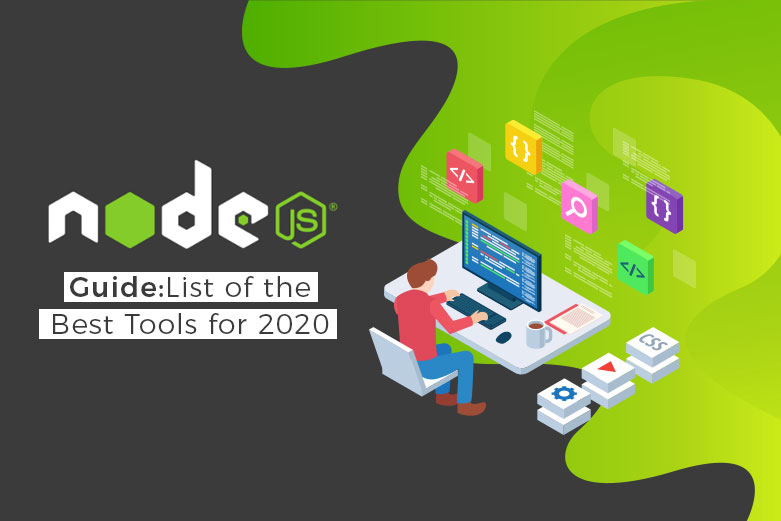 Best Node.js tools are our subjective list of the tools which we use regularly here at JS Panther. We decided to share our stack and make life easier for those who, like us, work with Node.js.

I recently came across a survey on StackOverflow that stated more than 49% of developers use Node.js for their projects. Well, this wasn’t surprising to read – considering the attributes of Node. As an avid user of technology, I think it’s wise to say that the introduction of Node.js has brought a great change in software development. It has become one of the most preferred technologies for software development, right next to JavaScript.

What is Node.js, and why is it so popular?

“Node.js® is a JavaScript runtime built on Chrome’s V8 JavaScript engine. Node.js uses an event-driven, non-blocking I/O model that makes it lightweight and efficient. Node.js’ package ecosystem, npm, is the largest ecosystem of open source libraries in the world.”

I remember when I, along with the team, used to sit for hours coordinating between front-end and back-end developers who were writing different scripts for each side. Fortunately, with Node.js coming into the picture, everything changed. I particularly believe that one thing that has been driving developers towards Node is its two-way efficiency. It lets developers run code simultaneously on both the client and the server-side, speeding up the whole process of development. How?

Well, the following tools are the answer.

Webpack
Webpack is a handy JavaScript module bundler used to simplify front-end development. It detects modules with dependencies and transforms them into static assets that represent the modules. It also helps in modifying front-end assets like CSS, HTML and images making the entire deployment process much faster and smoother.

It can either be installed through npm or Yarn package manager.

PM2
PM2 is one of the simplest Node.js developer tools that serves as a process manager for developing Node.js applications. Highly supported by the developer community, it consists of features that are apt for application production.

Compatible with Linux, macOS, and Windows, this feature-rich framework offers the following:

In order to make the most out of these features, it is advisable to hire Node.js developers who are well-experienced and have a good understanding of diverse tools.

You can install PM2 with npm using:

In case you don’t already have Node.js installed, you can use:

Once it’s installed, start the application with:

The best part: it can be integrated with your project at any stage, including coding, CI/CD and reporting. Further, you can also run PR checks for your apps in GitHub to make your projects more secure.

To run Snyk on your machine locally, you can install it through NPM:

Keystone
Built on Express and MongoDB, KeystoneJS is an open-source framework meant for developing database-driven websites, applications and APIs in Node.js. Its auto-generated user interface makes it easy to use and handle websites.

Migrat
Migrat is an extremely easy to use data-migration tool that uses plain text. It works across a diverse range of stacks and processes that make it even more convenient.

Further, since migrations can run on one node globally or once per server, it supports multi-node environments. What makes Migrat all the way more convenient is the facilitation of passing context to each migration. In simple words, developers can define what each migration is for (e.g. database sets, connections, logging interfaces, etc.). last but not least, to avoid haphazard migrations, it facilitates global lockdown while the process is running so that it can run only once globally.

It can be installed with a simple line of code:

If to talk about my general impression of the tools, it is obviously positive. I have been using all of these tools for modern development and the experience has been remarkable. I hope the tools work for you too, provided you use them correctly and effectively. After all, development is all about learning and discovering tools that make it easier and smoother.

Do you want to learn more about Node.js and its tools?

Node.js is a framework that our team has actively been working on where each developer ensures that the latest and the best tools are used. We are willing to take up new projects and help you leverage the power of this technology and its tools.