We are JavaScript lovers with a zeal to engross ourselves in full-stack technologies and pass the same to our customers in the form of well-crafted posts, news and updates.
Home > App Development > 5 Reasons – Hybrid Apps Are The Future of Mobile App Development

5 Reasons – Hybrid Apps Are The Future of Mobile App Development 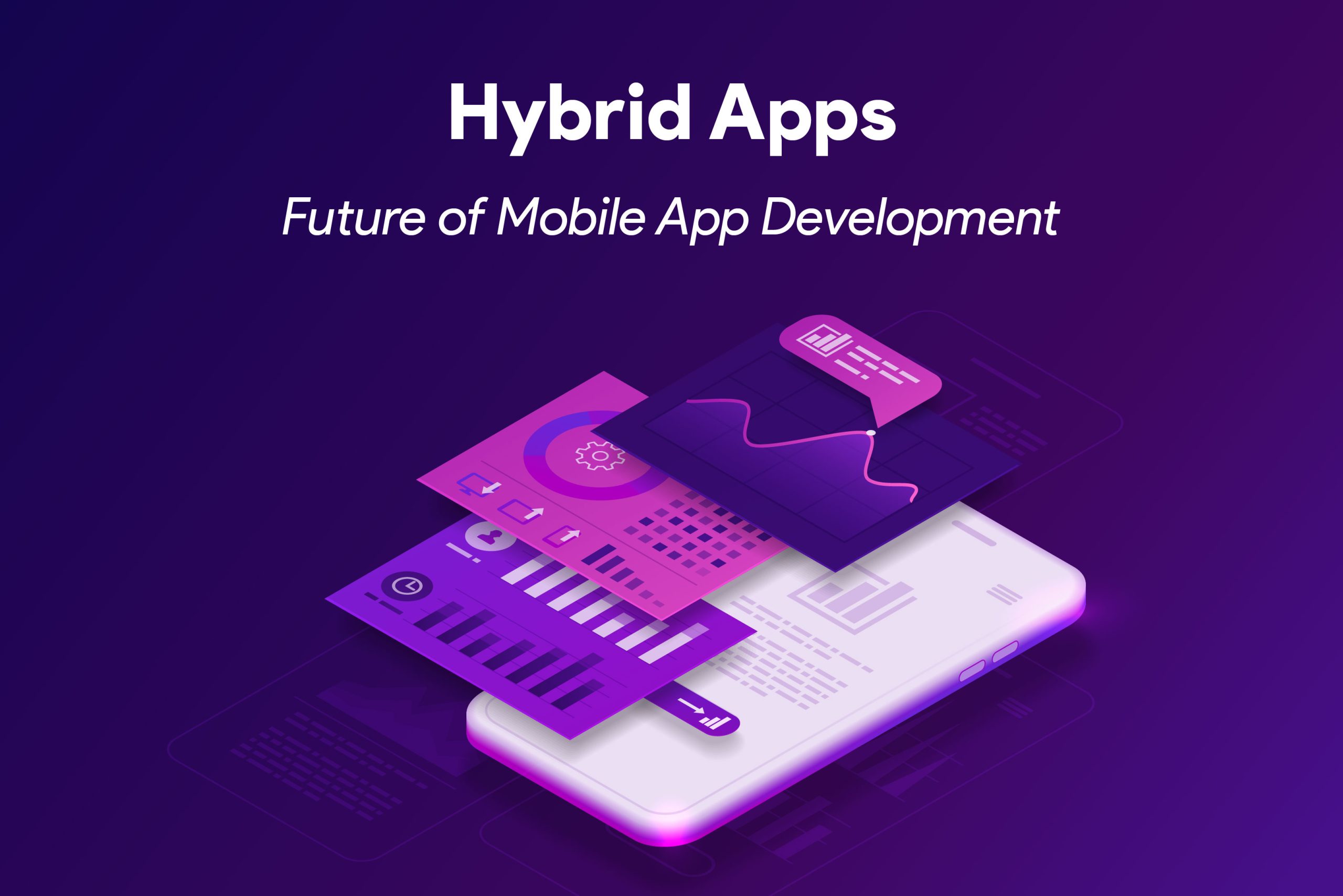 Businesses today are uncertain because of things outside their control. This uncertainty makes it difficult for leaders to make decisions. Many industries are waiting to see what will happen before they do anything. Despite this, people are spending more money on mobile apps and installations.

From 2019-2021, consumer spending on mobile apps increased significantly, reaching almost $50 billion by the end of 2020. The majority of this growth can be attributed to the popularity of hybrid apps in the mobile app industry.

More than 70% of the leading iOS retail apps are hybrid apps. This is because mobile app development companies can create them faster and they work on multiple operating systems and devices. Developing hybrid apps also brings cost-efficiency.

So, before we discuss more like how Hybrid apps could be the future of mobile app development! Let’s get a basic idea first.

What are hybrid mobile applications?

A hybrid app is a mobile app that is written in HTML5, CSS3, and JavaScript. It is compiled into native code for different mobile platforms using wrapper technologies. Hybrid apps are a mix of native and mobile apps. They use the features of different devices and have some built-in abilities. As for web apps, hybrid apps depend on HTML code that is given by a browser inside the app. Developers make hybrid apps using cross-platform frameworks like Xamarin, Ionic, React, and Sencha.

What are cross-platform mobile applications?

Here are a few reasons why companies develop cross-platform apps: to get their app in front of as many users as possible, to make it easier to maintain and deploy the app, to keep development costs low, to speed up the app development process, and because reusable code can help reduce time-to-market.

Xamarin is a Microsoft-owned cross-platform app development framework. With Xamarin, developers can share code between Android, iOS, and Windows. This produces native apps that are identical to apps created with the native languages for each platform.

We also built an android app for one of our clients that offers entertainment for inmates. We built this app so that it would be easy to use and so that data could be transmitted between different mobile platforms. The app’s user interface was seamless, and we were able to monitor tablet activity in real time.

Are we underestimating native apps? 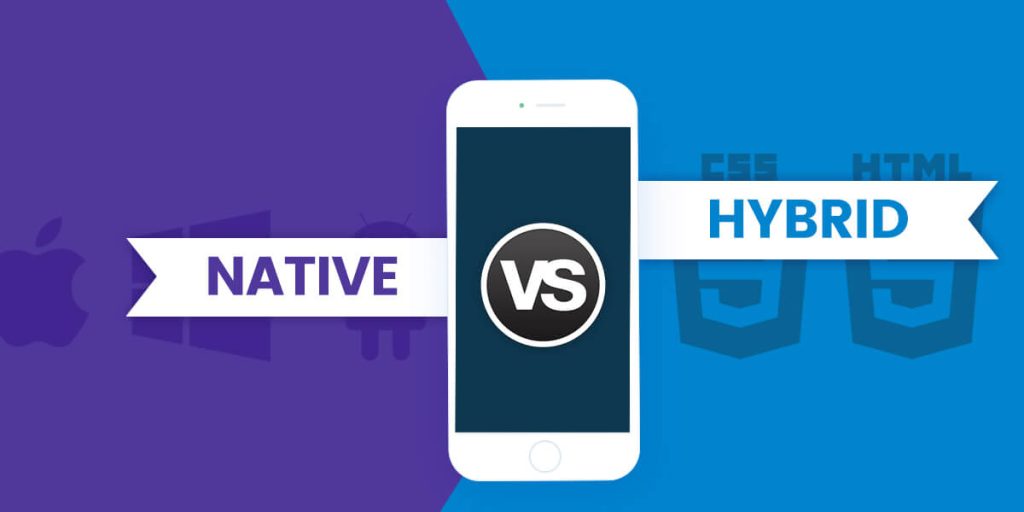 When starting a new mobile app project, you need to choose the right development strategy. This depends on multiple factors. To decide if you should make a native mobile app or a hybrid app, you should first look at your budget, timeline, target audience, and team’s experience with app development.

Developing a native app costs more than developing a hybrid app. However, hybrid apps require less maintenance. You don’t have to program separate apps for iOS and Android when you can use the same codebase for both platforms.

Maintaining native apps can be difficult because you have to update the security and make other changes, which can’t be quickly done on the server. With hybrid app development, apps are more portable across devices than native apps.

You may want to read: Hybrid apps vs Native apps: what’s the difference?

Reasons why hybrid apps could be the future of mobile application development?

In order to release a native mobile app, you need to package the code and submit it to an app store. This will then take a few days or up to a week for approval. However, in the world of enterprise application development, the turnaround time needs to be much faster.

Making a mobile app can be difficult because of the rules for apps in app stores. A hybrid app can help you update your app more often. You don’t have to resubmit the new version of the app if you don’t change any of the code that is used for making it work on a phone.

You can update your web app as often as you want, which is not the case with native apps. Unlike native app development, for hybrid apps, you will need to automate your continuous integration (CI) process. Automating builds and tests are the two most important parts of CI.

Git, Appium, and Jenkins tools are important when you want to focus on app development and testing. If you use these tools well, you can develop and test apps many times a day. You will then be responsible for the entire mobile app development process.

Most of the native mobile apps have an Android or iOS version. This means that the app was built using a language that is specific to that type of phone. For Android, this is Java. For iOS, this is either Swift or Objective-C. If you want to use a language that your developers are more familiar with, you can choose hybrid mobile app development. With hybrid development, you use JavaScript, HTML, and CSS.

You only have to write code once and then you can use it on all mobile platforms. Mobile app testing has some benefits for people who are making hybrid mobile apps. Developers don’t have to write different test scripts for every type of app. Plus, testing against a single codebase makes it simpler to do quality assurance.

Hybrid mobile app development allows you to create a great user experience on both the Android and iOS platforms. Plus, hybrid apps have a lightweight user interface which makes them faster to load graphics and content. Because of the fantastic user experience, your app is more likely to be quickly approved by the app store.

Hybrid apps are designed to work on different types of screens, which makes them fast and easy to use. This leads to cost-effectiveness because people don’t have to keep buying new apps for their devices.

Hybrid mobile apps are faster and more performant than responsive or progressive apps. They work better than mobile web apps and websites on devices with a lot of content or users. Apps with more users show better speed on all devices. This increased performance is not due to any dependency on network communication. An example of this is the Twitter mobile app, which tackles a lot of content and traffic all the time.

Applications will be very important in the future. They are important for working remotely or when people are stuck at home because of a global virus or something. Applications help people work more efficiently and get things done faster.

You can save money on developing your app if you use a hybrid framework that is based on open web standards. This will also help you speed up the process and give your users a better experience.

To learn more about hybrid apps, or get an expert quote on your project requirements, feel free to contact us. We offer free consultations followed by a project roadmap 🙂

9 most profitable digital product trends to adopt in 2022

The digital world is changing faster than ever. From application development to website development, we are now at a point where it’s about having an idea and also the execution. Since each of these frameworks has similar uses, bearing all these questions in your mind is completely normal. But, building a product is not a […]