We are JavaScript lovers with a zeal to engross ourselves in full-stack technologies and pass the same to our customers in the form of well-crafted posts, news and updates.
Home > React Native > Hybrid Apps vs Native Apps: What’s the Difference? 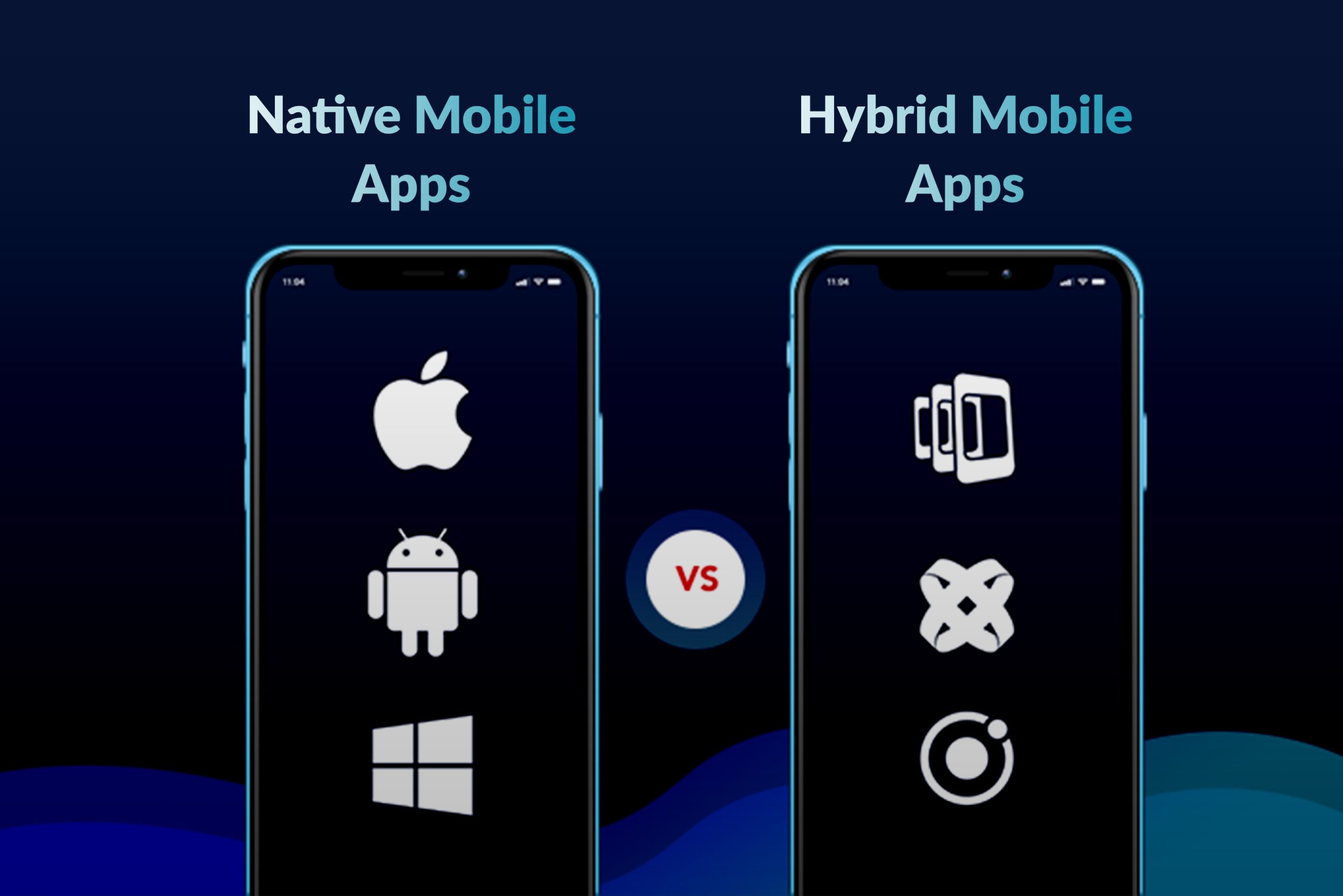 Mobile app development is becoming an industry norm. Every thriving business has taken it as the proven formula to becoming a recognizable brand.

Do you know! The quarterly number of mobile apps downloaded in 2022 from the Apple app store was 8.5 billion, and 28.3 billion from the Google play store (According to Statista)

The figures are significant. But, do you notice the vast difference between the downloads?

Even though iOS has a market share of 53.66 percent, Android app downloads are more than iOS app downloads, which may seem odd.

Both Android and iOS systems are in demand. So why not hire a hybrid app developer and build an app that works on both operating systems?

Developing a mobile app is a big decision for a company. It affects many things, so the CEO needs to find answers to some questions first:

When you have answers to the above questions, you are more likely to take intelligent decisions. Your choices will be in the favour of your company and its growth.

Now, let’s understand both types of mobile applications in detail.

Native mobile applications are designed to work on a specific platform or device. They use the phone’s special hardware and software. Native applications have good performance and can have new-gen features like AI image-processing

Generally, there are two main mobile operating system platforms: iOS, made by Apple, and Android, created by Google. In order to create a Native app for multiple platforms, developers use different coding languages. Android apps are coded in Java, whereas iOS apps are coded in Swift or Objective-C.

Native mobile app are those that are specifically designed to work on a certain type of phone, like an iPhone or Android phone. They usually work faster and more accurately than apps that weren’t designed for a specific platform. Their UI controls and layouts are also more accessible and easier to use. However, an app made for iPhones won’t work on Android phones, and vice versa.

You will have to create different versions of your application for each platform, which can be expensive and require a big team to release software on both iOS and Android at the same time.

Hybrid development lets you write code that will work on many different platforms. This is done by combining the best features of both web app(s) and native apps.

Common web technologies like HTML5, CSS3, and JavaScript are used to develop a hybrid app. However, they also require native plugins to get additional functionalities. These features make hybrid apps work just like a native.

Hybrid mobile app(s) support all the built-in features of a mobile device. For example, camera, fingerprint sensor, file storage, etc. Because of a single codebase, hybrid apps are cheaper to develop.

Hybrid apps are built by combining a web view with different pieces that may be submitted to app stores. This gives the illusion of two applications, yet there is only one

Characteristics and benefits of Native apps

Characteristics and benefits of Hybrid apps

Hybrid applications are faster to market, affordable to build, and easier to manage. However, they can sometimes perform underwhelmingly.

Native and web apps are best in security, performance, and user experience, but can be expensive to develop because of a single codebase.

Both native and hybrid apps have their pros and cons. It all depends on a company and what they require.

The questions we provided on the top are there for a reason. You can use them to know your answer to hybrid vs. native.

Still, if you have any doubts, contact our mobile app experts. We offer a free consultation.