We are JavaScript lovers with a zeal to engross ourselves in full-stack technologies and pass the same to our customers in the form of well-crafted posts, news and updates.
Home > Node.js > Why it’s High Time to Invest in Node.js Development

Why it’s High Time to Invest in Node.js Development 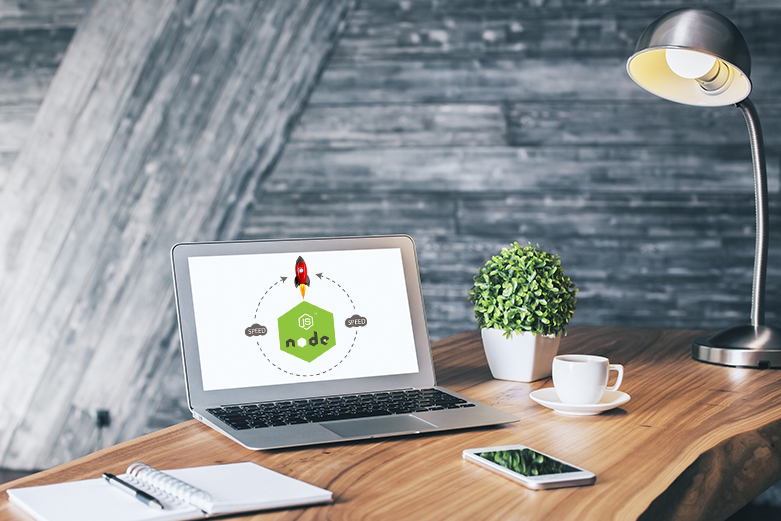 Node.js is the most used development framework in the world, and JavaScript is the fifth most popular language. Brands who invested in Node.js development services have experienced a boost in their productivity, performance and efficiency. Brands like PayPal, Yahoo, eBay, and Netflix use this technology for various purposes. Therefore, we have enlisted the main reasons as to why you should be investing in Node.js Development.

What is Node.js?
Node.js is an open source, cross-platform runtime environment used for developing server-side and networking applications. It is built on V8 JavaScript runtime and uses an event-driven, non-blocking I/O model that makes it perfect for data-intensive, real-time applications.

If you are planning to invest in a software that can accelerate your business growth, then Node.js is the best option for you. Let’s check out the benefits of Node.js.

Enables Data Streaming
Node.js considers HTTP requests and responses as data streams while other platforms take it as isolated events. Node.js uses these data streams to reduce the overall processing time by assessing files while they are being uploaded.

Supports IoT
Node.js and IoT is a power packed combination which makes the entire process faster and smoother. It is accompanied by NPM Packages containing IoT modules that can be used to develop robust applications. The Node Package Manager consists of more than 30 packages for devices and sensors. Key NPM modules are Noduino, CylonJs, and more. Node.js efficiently manages the data requests generated by the transmitters and sensors with the help of streams.

High Speed
Powered with Google’s V8 engine, this technology creates a single thread or an event loop that is meant for all the asynchronous input and output operations, making it more efficient and manageable.

Increases Productivity & Efficiency
Being a Javascript runtime environment, Node.js allows you to merge the frontend and backend teams into a single team and augment the efficiency of your web development processes.

Furthermore, Node.js is also customizable and can be extended as per the requirements. It is also known for its speed, responsiveness and ability to fetch the content.

Single Codebase
With Node.js development services you can easily facilitate instant data synchronization by exchanging data between the server and client. And how does it exactly happen? Node.js allows developers to write the code for both frontend and backend.

When the data changes are made on the server, it immediately reflects as Meteor.js in the client. Meteor.js is a full-stack web app framework that executes the same codebase on both the server and the client, hence, the web page here updates itself automatically. Node.js Package Manager (NPM) contains 50,000+ modules allowing developers to easily share or reuse the codes.

Great Option for Startups
Selecting the right programming platform is very essential for startups. Node.js is one such technology that requires less coding in comparison to other languages and you don’t have to switch between the front-end and back end. The amazing part is you can reuse the code and share it between the applications to speed up the development process.
The node community offers multiple tools to improve the development speed. Node’s package system provides several libraries and reusable templates that can be incorporated in the code without much effort.

Dreaming to accomplish web apps that boost your business and satisfy your users? Without any second thought get in touch with JS Panther to make your dream come true. With an in-depth knowledge of Javascript and its libraries, we provide scalable Node.js development services. Our dedicated Node.js developers utilize agile methodologies to create web apps that meet your business objectives.