We are JavaScript lovers with a zeal to engross ourselves in full-stack technologies and pass the same to our customers in the form of well-crafted posts, news and updates.
Home > ReactJS > Benefits Of Choosing Reactjs For App Development 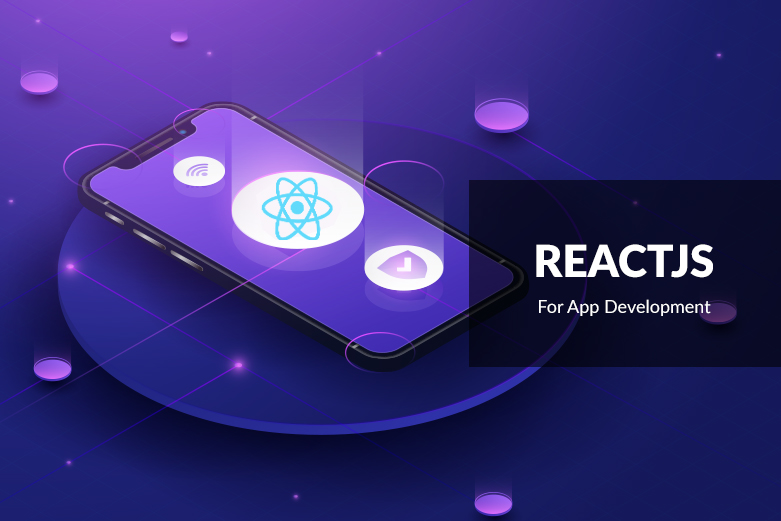 With all the existing frameworks and libraries, the web frontend development tech stack is immensely powerful and multifaceted. For a business owner willing to take his business online, choosing a suitable set of tools might be backbreaking. Yet, it remains a crucial aspect for the future success of a product.

The ecosystem of frontend development is continuously evolving. New tools, frameworks and libraries pop up regularly, each one a little different from the rest, and the user has a wide selection to choose from. Some tools become “bestsellers” in terms of web app development, revolutionizing the workflow, while others become a dead end.

When it comes to React.js, there is no doubt to labeling it a bestseller. Developed by Facebook in 2011 and given open-source status in 2013, this JavaScript library has rapidly won popular affections. Today, over 230,000 live websites are using React. Not only that, but industry giants such as Apple, Netflix, Paypal and several others are using React in their software productions. Does it mean something?

Of course, it does.

The better question is…

What are the key benefits of ReactJS that have encouraged so many businesses and popular brands to use it? Or why is ReactJS racing up the popularity charts?

Don’t worry, you will soon have an apt answer. We have researched and highlighted the top five ReactJS benefits right here.

Simplifies the Overall Process of Scripting Components
JSX is an optional syntax extension to JavaScript that makes writing components much simpler. By accepting HTML quoting, it makes sub-component rendering easier. In fact, it is a set of shortcuts for writing React.createElement with a few rules to make your source cleaner and simpler.

While JSX is often considered a matter of dispute, it proves helpful in building high-volume apps or custom components, excluding typos in large tree structures and making it easier to convert from HTML mockups to React Element trees. Moreover, it provides React developers with informative warning, error messages and helps them prevent code injections.

Reusable Components
Components are great and React is majorly based on them. App development process starts with small things, which are used to build bigger things and ultimately the bigger things are used to develop apps. Here, each component has its own logic and controls its own rendering, and can be reused wherever needed. This, in turn, helps in easier development as well as maintenance. In addition to this, reusable components also help in implementing a consistent look and feel across the whole project.

Faster Rendering
When you decide to build a high-load application, it is essential to consider how the structure will impact the overall app performance. Even the latest platforms and engines can’t ensure the absence of annoying bottlenecks, because DOM is tree-structured and even the minutest changes at the upper layer can cause terrible ripples to the interface. To resolve this issue, the Facebook development team introduced Virtual DOM – one of the major features, rather benefits of React for developing heavy loaded and dynamic solutions.

But what exactly is virtual DOM?
Well, as the name suggests, it is a virtual representation of the document object model. This means all the changes are applied to the virtual DOM first and then, by using diff algorithm, the minimal scope of requisite DOM operations is calculated. Finally, the real DOM tree is updated, ensuring least time consumed. This, in turn, results in enhanced user experience and app performance.

Better Code Stability
ReactJS follows downward data flow to ensure that the parent structure doesn’t get affected by any modifications in its child structure. In changing an object, developers only need to modify it states, make amendments, and after then, only specific components will be updated. This structure of data binding provides better code stability and seamless app performance.

Helpful Developer Toolset
Learning new technologies and using them in the next project can be fun, only when they can be actually applied in the development environment. This implies that a framework/library should come with proper tooling for efficient performance. Well, ReactJS takes care of the same. One of the reasons behind its reputation is the presence of a handy set of tools to make development an easy task for developers.

Available for both Chrome and Firefox, React Developer Tools is a browser extension which helps developers in observing reactive component hierarchies, discovering child/parent components and inspecting their current state as well as props.

REACT JS USE CASES AND THINGS TO CONSIDER

Thanks to the above-listed benefits, React has gained huge adoption over the last few years. The number of websites who rely on React is constantly expanding with giants such as Airbnb, Dropbox, Expedia, Facebook, Instagram, Netflix, Reddit, Twitter, Uber, WhatsApp, WordPress, Yahoo, Zendesk among several others.

According to the official release documentation, React was designed for “building large scale apps with data that changes over time”. Thus, the best use cases for React include the following:

On the other hand, using React for static websites and blogs could be baseless. Thus, React finds its best application within certain verticals, including business, technology, travel and shopping.

All in all, aiming primarily to provide speed, simplicity and scalability, ReactJS helps in building and supporting highly dynamic web and mobile applications.

Are you still hesitant about React? Do you need an experienced developer or a team for your project? If yes, why not talk to our React experts and see what they can do for you.

A step by step guide on React upgrade process to V18

Are you one of the React developers who are looking to upgrade your project to React 18? Or you could be the CTO of a digital products company that’s looking for a React JS upgrade guide? If so, you are at the right place. React is one of the most preferred front-end libraries among web […]